Not your typical Estate Agent

Paul, the business owner and manging director who lives in Mold, has built an outstanding team which is made up of very different personalities with a wide range of skills and attributes.  Nicola (Mynydd Isa), Kate (Deeside), Delyth (Eryrys) and Merryl (Flint) all reside in different Flintshire towns and villages, giving the team a broad knowledge of properties and locations across the county.

For sales, lettings, property management and auctions, The Big Estate Agency are Flintshire’s number one!

With over 20 years property experience in the Chester and Flintshire area, The Big Estate Agency is

It’s always good to look back at how far you have come! That’s why we love this transformation from @_home_atno5, what a journey from rightmove to now.
Which room is your favourite? 🏡⚒️🪚 … See MoreSee Less

If you would like to join in with the reverse advent calendar with us, we have a foodbank basket here at our office in Shotton.
Brook House, Brook Road, Shotton, CH5 1HL, please pop in with your items, every donation really does help 🙏🏻 … See MoreSee Less

🏴󠁧󠁢󠁷󠁬󠁳󠁿⚽️ Lots of excitement in the office today ready for the Wales game ⚽️🏴󠁧󠁢󠁷󠁬󠁳󠁿 ...

It’s always good to look back at how far you have come! That’s why we love this transformation from @_home_atno5 what a journey from rightmove to now.
Which room is your favourite? 🏡⚒️🪚 ...

If you would like to join in with the reverse advent calendar with us, we have a foodbank basket here at our office in Shotton.
Brook House, Brook Road, Shotton, CH5 1HL, please pop in with your items, every donation really does help 🙏🏻 ...

Happy Friday everyone! What better way to end the week than by sharing another wonderful review from one of our lovely clients?!
Thank you Luke!

🏡EXCLUSIVE BIG PLATINUM
COLLECTION PREVIEW 🏡
Take a virtual tour of this OUTSTANDING 3 bedroom property in FLINT MOUNTAIN over on our facebook page. GOING LIVE ON RIGHTMOVE TODAY!
☎️ Give our office a call on 01244 560720 to arrange
viewing ☎️ ...

Well this stopped us in our tracks! A slide instead of a staircase. Kids would absolutely love this but I’m not sure how practical it would be going up stairs 🤔😂

It’s certainly a talking point though and it got us in the office thinking, what is the quirkiest thing you have seen in a house?
Answers below please 👇🏼
📸 @rightmoveuk ...

🏡*FEATURED PROPERTY*🏡
2 bedroom BUNGALOW in CONNAH'S QUAY on a LARGE CORNER PLOT. Head over to our Facebook page to take a look at the virtual tour.

On the market for Offers Over £200,000
* Spacious corner plot.
* Perfect home for first time buyers.
* Sought after location
* Walking distance to local amenities
https://thebigestateagency.uk/
☎Call the team on 01244560720 to arrange your viewing ☎ ...

You’ll know there are jobs that need doing inside and outside your home this time of year, but you’ve probably been putting them off! Yes, we are guilty of that too!

At The Big Estate Agency we have been discussing all those annoying little jobs and chores that we all should be doing now. So we will be sharing our tips to help you get organised and prepare for winter.

1.See Clearly
Winter weather often leaves windows looking dull and grubby and windowsills in need of a wipe down. Window cleaners often don’t work when it is icy which makes perfect sense, so you should be giving your ground floor windows at least a once over. This will give you a crystal-clear view of the outdoors and help keep your home looking great from the outside too.

2. Clean up after walks
If you’ve got a pet dog and you regularly go out for muddy walks, it’s important to keep your carpets and flooring clean from dirt and rogue bugs that sneak in. Always clean up mud and dirt straight away so that it does not become ingrained. And it’s not just muddy paws! You may also have muddy boots yourself, so give them a hose down outside or if you need to store them indoors, use plastic floor coverings when you enter the house.

Keep an eye out for some more tips
In our next post. ...

Remembrance Day - Lest We Forget ...

Kate has been an integral member of the team for nearly four years. Kate joined The Big Estate Agency as a Property Sales Assistant and grapsed that area of the business very quickly. She now manages a portfolio of both sales and lettings properties. Kate’s customer service, organisation skills, and communication skills are second to none.

She builds very strong relationships with all customers and clients, and has a calming influence when complications arise. Nothing is too much trouble for Kate and her professionalism is often referred to in some Five Star Google reviews. ...

🏡*FEATURED PROPERTY*🏡
4-bedroom detached property in MOLD. Head over to our Facebook page to take a look at the virtual tour.
On the market for Offers Over £320,000
* Sought after location
* Perfect home for families and an ideal location for commuters
* Excellent local schools
* Within walking distance to Mold Town Centre
https://thebigestateagency.uk/
☎Call the team on 01244560720 to arrange your viewing ☎ ...

Are you a fan of colour? We are amazed by this home transformation.
@thehexagonalhouse have worked so hard to convert their house from dull to a bright cheerful home.
What do you think? 🌈 ...

We're busy getting our hamper ready for our drop off on Friday at the Foodbank Warehouse in Mold.
If you would like to join in with us and support @flintshirefoodbank by taking part in their reverse advent calendar, we have a foodbank basket here at our office in Shotton.
Brook House, Brook Road, Shotton, CH5 1HL ...

Unexpectedly returned to the market. A 4-bedroom detached property in BRYN-Y-BAAL. Take a look at the virtual tour over on our stories

So much has happened in the last month, here is our run down of the latest property market news 📊🏡

New figures have revealed that fixed-rate mortgages are at their highest levels for 14 years, with hundreds of thousands of homeowners facing a steep increase in monthly repayments when their current fixed rates finish in the coming months.

Average fixed rates for two and five-year mortgages are currently at 6.65% and 6.51% respectively, with interest rates expected to rise again in November to try and curb inflation, which is currently at 10.1%.

Despite rising interest rates, inflation and cost of living increases, average asking prices have risen to a record high in the UK.

Figures released by property website, Rightmove, have revealed that the average asking price in October was £371,158, a small increase on the previous month.

While the increase might be a surprise to some given the current economic climate, demand for property continues to outweigh supply, giving sellers confidence they can achieve their full asking price.

Asking prices are predicted to drop slightly in November and December, in line with seasonal demand, however, predicting prices for the new year and beyond is impossible for forecasters due to the current political and economic uncertainty in the UK.

In welcome news for home-buyers, and particularly first-time buyers, the government’s recent changes in stamp duty have been confirmed by the new Chancellor.

As part of the government’s mini-budget on 23rd September, then-Chancellor Kwasi Kwarteng announced a raft of tax cuts, many of which have since been reversed by his replacement, Jeremy Hunt.

However, the change in stamp duty was one of the only cuts to be kept in place. The change means that stamp duty tax isn’t payable on properties over £250,000 – an increase on the previous threshold of £125,000. For first-time buyers, the threshold for paying stamp duty is £425,000.

With the cost of living crisis really hitting people hard it’s obvious that Christmas will be a real struggle for many this year.

Everyone deserves to be able to celebrate Christmas so as team we will be supporting @flintshirefoodbank by taking part in their reverse advent calendar.

We will be collecting the items on their designated calendar each day and if you would like to join in we will also be a base for you to drop off any donations you have.

Please feel free to pop into our office on Brook Road, Shotton with any items you would like to add to the hamper. ...

Happy Halloween everyone 🎃 We hope you are having a fangtastic evening 🧛‍♀️ ...

🏡*FEATURED PROPERTY*🏡
4-bedroom detached property in MOLD. Head over to our Facebook page to take a look at the virtual tour.
On the market for £340,000
* Sought after location
* Perfect home for families and an ideal location for commuters
* Excellent local schools
* Within walking distance to Mold Town Centre

It’s not long until Halloween now 👻 we love how @ourlittlehome2017 has decorated their home. Cosy, comforting but also fun! 🎃
Isn’t it lovely? ...

Flintshire is such a beautiful place in the autumn! What is your favourite place to explore this time of year? 🍁🍂 ...

The Big Estate Agency
4.4
Based on 72 reviews

Daniel Hufton
15:22 09 Dec 21
I would just like to say that the team @ the big estate agency are fantastic. I mainly delt with Kate who was very supportive with our recent purchase. We arranged for 3 visits before having our offer accepted. They recommended a solicitor to use Cross Solicitors who were also very good and moved things along. A lovely touch receiving a bottle of bubbly when we collected the keys. Thanks for everything 🏠

Juned Abdul
11:13 02 Dec 21
I have been with Big Estate Agency for a year now. There was a time when I was going through difficulty with some property and a commercial shop, Paul (manager) helped me through and couldn't thank him enough. The ladies at the office are fantastic, always responsive and genuinely great people to work with, they are always there when you need them. I hope we can work together more in the future as we are now. Thank you team Big Estate Agency 😀❤

nicola peers
08:57 02 Dec 21
Definitely recommend to a friend family. Went out of there way to make it as stress free as possible.Liked the fact they took the client around the house.One less stress. Very friendly and helpful too.Would use again.Thank you

stacey bradley
11:04 20 Nov 21
Can’t fault the agency. Very helpful and always keep you informed with the whole process. Had a very smooth experience renting through them any issues were dealt with promptly. Nicola has been amazing throughout our tenancy.

nicola bingham
12:33 04 Nov 21
We would not hesitate to recommend The Big Estate Agency to anybody wishing to sell their home. Paul did not hang about getting our property on the market and then Delyth dealt with the viewings/offers and final sale brilliantly. Nothing was too much trouble and not once did we have to chase for answers etc. When the time comes we will definitely use again. Thank you!
‹
›
Need a Valuation?
Request a free consultation and price estimate
Contact Us 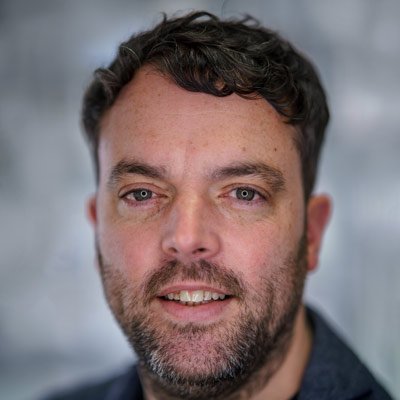 Please complete the form below and we will contact you shortly to organise a valuation.